Dunst does cosplay, dancing through the streets of Tokyo to The Vapors "Turning Japanese".  Click here or here to watch the video.

The Wall Street Journal posted an article on the project this past fall, but the video has only recently leaked online. 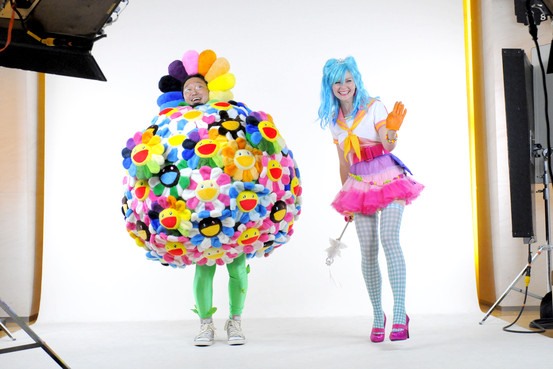 "The recent exhibition at London's Tate Modern museum, 'Pop Life: Art in a Material World,' features in its final room an unusual collaboration between McG, one of Hollywood's biggest commercial directors, and Takashi Murakami, Japan's king of pop art: a four-minute film starring actress Kirsten Dunst singing a cover of 'Turning Japanese' by the rock band The Vapors.

Titled, 'Akihabara Majokko Princess,' the short video shows Ms. Dunst donning a blue wig and bright pink skirt, and dancing through the kinetic streets of Akihabara, a crowded shopping district in Tokyo where electronics and video games are sold. Akihabara also plays home to Japan's 'geek culture,' also known as 'otaku,' a Japanese term that describes a subset of people with fanatical interests in anime, manga, and video games.

'I believe that real art is centered in entertainment and I wanted to show that with this piece,' Mr. Murakami said last month while editing footage of the video with McG in Santa Monica, California." (read more at WSJ...) 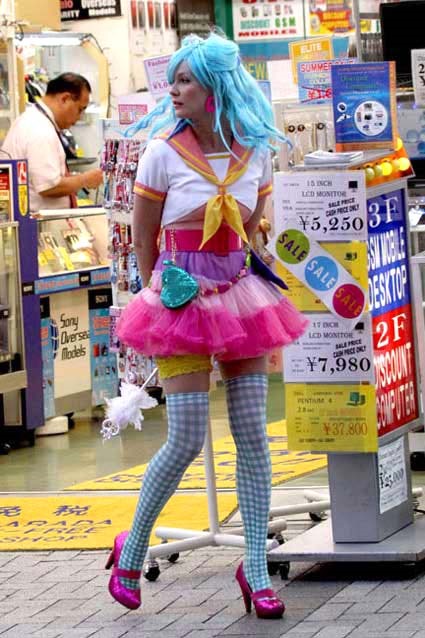 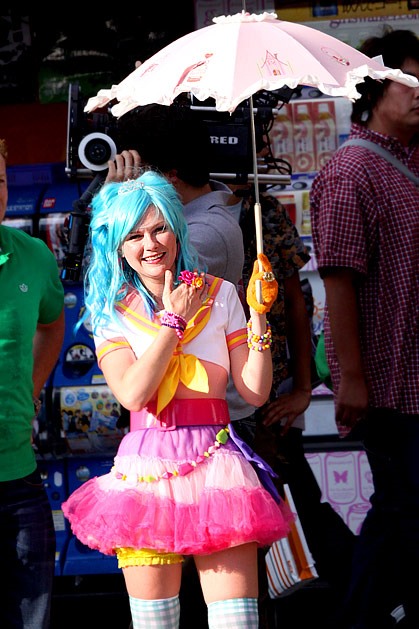 Murakami has a jedi control over groovy pop culture. Kanye, McG, Kirsten, Louis Vuitton. And he is fluent in pornographic images as well. His art is interesting, but I am impressed how he has managed to capture the imagination of such a diverse and elite crowd of groovies. Is his art so inherently compelling?

I think McG just needed a job after that Terminator Bomb.

AHAHA, i love those guys in blue dancing.

wow, she is old and overweight. its meant for skinny hot girls, not the ugly fat girls who watch the anime

Ummm... how is she overweight? I admit the last picture is not that flattering with the lighting and everything, but she is in no way fat. Not everyone likes girls who look like skeletons.

And I agree with chucka that she is kind of out of shape to have that anime look.